It’s Time to Rebuild the Temple on Mount Zion! 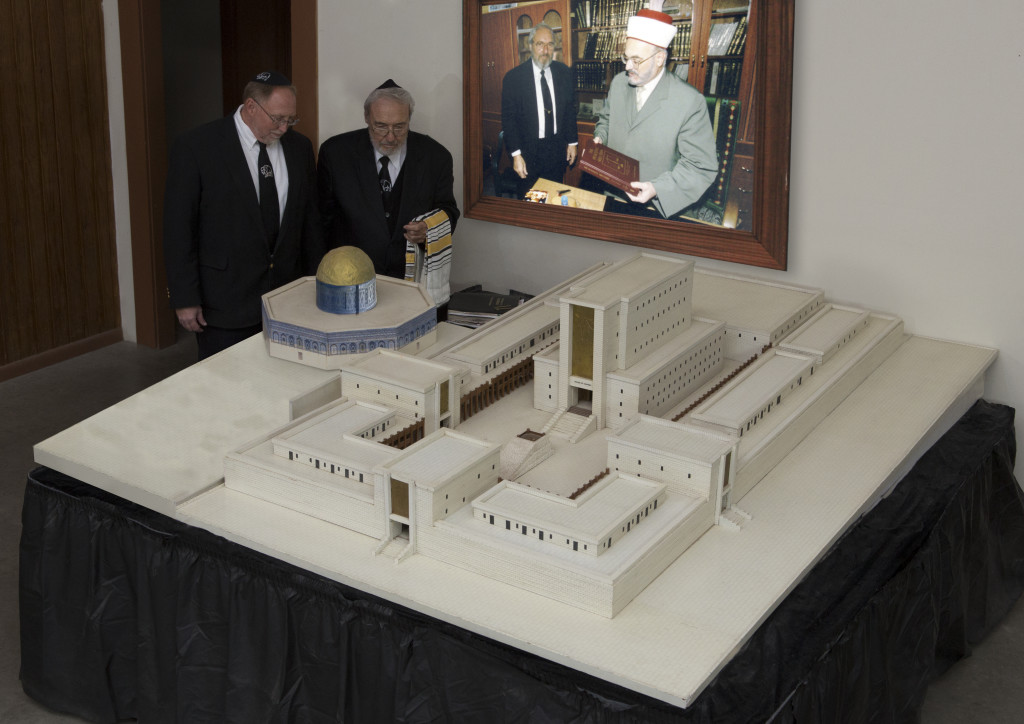 There are many Prophecies in your bible, better yet The Book of Yahweh, that show the temple will be rebuilt in this generation, in troublous times.

Book of Yahweh?
Isayah  34:16
Search out The Book Of Yahweh, and read. Not one of these will be neglected. For it is written: Yahweh is their Shepherd; they shall not want; for His Mouth has commanded it, and His Spirit has gathered them.

The Name of Yahweh Engraved On An Ivory Pomegranate Decoration

“BAR recently published a beautiful carved ivory pomegranate with an important inscription on it. As partially reconstructed, the engraved inscription around the neck of the pomegranate reads as follows:  “Belonging to the House of Yahweh Holy to the Priests.” Based on this reading, many scholars have concluded that the ivory pomegranate originally came from the Jerusalem Temple constructed by King Solomon.”
Three-shekel Receipt Provides Evidence Of King Solomon’s Temple

NEW YORK (AP) — Talk about holding on to a receipt.
A recently discovered piece of pottery recording a donation to the “House of Yahweh” may contain the oldest mention outside the Bible of King Solomon’s Temple.
The 3½-by-4-inch artifact is nearly 3,000 years old, dating to a time when kings sent messages inscribed on pottery.

When the Pharisees, Sadducees, Essenes, and Herodians decided to move to Rome to escape those like Yahchanan, who continually told them that they were breaking Yahweh’s Laws, they took The Book of Yahweh with them. They hoped to stop the daily reading of the Laws and the constant reminders from the people that they were sinning, not following Yahweh’s Laws of Righteousness.
They took The Book of Yahweh to Rome and hid it for over 1500 years, refusing to allow anyone to translate it or print it. They even refused to allow it to be read or the written Word to be practiced. In fact, Pope Constantine passed laws that carried the death penalty for anyone keeping the Fourth Commandment.
Exodus 20:8-11
8 Remember the Sabbath Day, to keep it Holy.
9 Six days you shall labor and do all your work,
10 But the Seventh Day is the Sabbath of Yahweh your Heavenly Father. Therefore, in it you shall do the Work of Yahweh: you, and your wife, and your son, and your daughter, and your manservant, and your maidservant, and your cattle, and the stranger who dwells within your gates.
11 For in six days Yahweh made the heavens and the earth, the sea, and all that are in them; and ceased from this work on the Seventh Day. Therefore, Yahweh  blessed the Sabbath Day, and did Righteous works on it.

It was also against Constantine’s laws to keep the Feast Days or to own a Menorah–Seven Lamp Lampstand–shown to represent the prophesied Works of Yahweh. The Last Work being established in this generation.
Revelation 11:1-4
1 And there was given me a reed like a measuring rod. And the Malak stood, saying: Rise, and measure the temple of Yahweh, and the altar, and its confines;
2 But the court which is outside the temple leave out, and measure it not; for it is given to the Gentiles. And the holy city they will tread under foot three and one-half years.
3 And I will give to My Two Witnesses to perform their Prophetic offices, and they will foretell events about the one thousand two hundred and sixty days, those cast about with darkness.
4 These are the two Olive Trees, and the Two Lamps of the Seven Lamp Lampstand, ministering for the Father in the earth.
Micahyah 4:1-3
1 But in the Last Days it will come to pass that the mountain; promotion, of The House of Yahweh will be established in the chief of the nations. It will be raised above all congregations; and all peoples will eventually flow to it.
2 And many people will go and say; Come, and let us go up to the mountain; uplifting, of Yahweh, and to the House of the Father of Yaaqob, and He will teach us of His Ways, and we will walk in His Paths. Because the Laws will depart from Zion, and the Word of Yahweh from Yerusalem.
3 And He will judge between many people, and rebuke strong nations afar off; and they will beat their swords into plowshares, and their spears into pruninghooks. Nation will not lift up sword against nation, nor will they learn war anymore.

The temple was destroyed in 70 CE after the Pharisees, Sadducees, Essenes, and Herodians made their move to Rome. They ordered their army and Titus, their Roman general, to destroy the temple and destroy all the people who had come to Jerusalem to attend the Feast. The Pharisees, Sadducees, Essenes, and Herodians ordered all of the wealth of The House of Yahweh and that of Jerusalem to be delivered to Rome. The arch of Titus depicts this historic move. 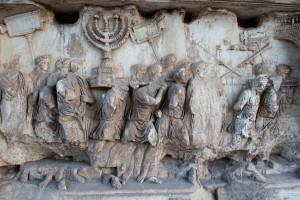 What is the Arch of Titus?
The Victory Arch of Titus commemorates Titus’ victorious conquest of Judaea, leading the sacking of Jerusalem and ending the Jewish wars. The arch was constructed after Titus’s death in 81 C.E. after his becoming a god.

Where is the Arch of Titus?
The Arch of Titus is located on the highest point of the Via Sacra, a road leading to the Roman Forum. This is  a single arch, 15.4m high, 13.5m wide, and 4.75m deep. The marble reliefs stand nearly 2.5m in height. On the Arch of Titus is a relief depicting the Romans’ triumphal procession, returning with spoils from the Jewish Temple in Jerusalem. Especially prominent is the sacred Menorah, but we can also see the Table of the Shewbread, and the silver trumpets which called Jews to Rosh Hashanah.
about.com

Jerusalem has never had peace and this generation is crying out for help. So destroying the temple and Jerusalem did not put an end to the wars, but there are Prophecies that show the Peaceful Solution to many problems. Rebuilding the temple is one of those Peaceful Solution Prophecies. There is a Prophecy written by Yahweh’s Prophet Yechetzqyah, whose name was changed to Ezekiel to make the people forget the Name of Yahweh, showing great turmoil among the people in Jerusalem for this generation. The Book of Revelation shows the same. Yechetzqyah also shows a peaceful solution to rebuilding the temple, taking a step towards peace on the temple mound itself.
The House of Yahweh spent several years researching these Prophecies and our engineers spent years precisely building a perfect replica of the temple Yahweh’s Prophet Yechetzqyah was inspired to write about for this prophesied generation. This temple model is now housed at The House of Yahweh near Abilene, TX. Anyone who would like to view it can do so by requesting an appointment through The House of Yahweh.
I urge you to carefully read this Prophecy that Yechetzqyah was inspired to write, clearly showing the separation wall but the outer court would be left out.
The time for rebuilding the temple is now.

I pray Yahweh blesses your understanding.